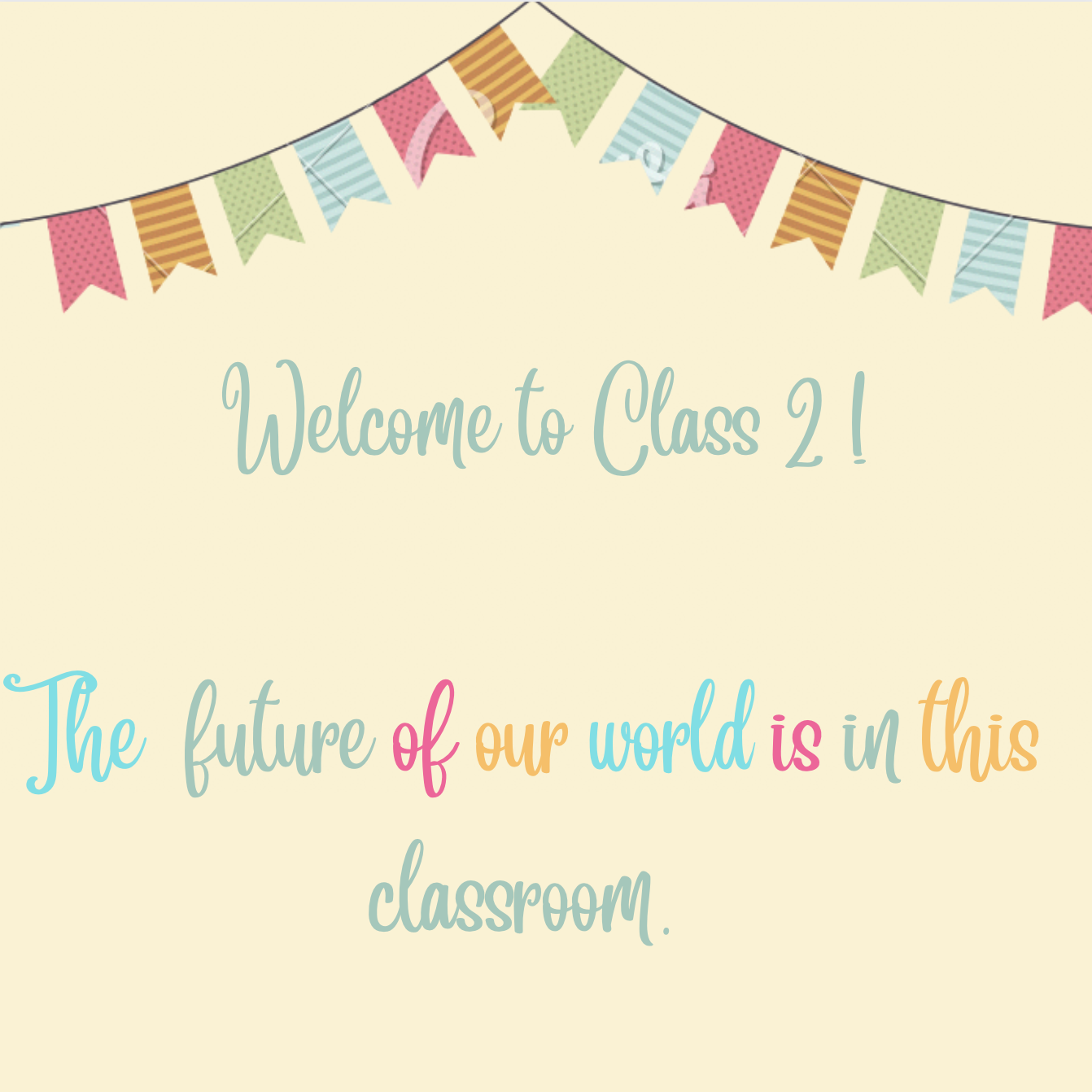 We are a mixed age class of year 1 and year 2 children. Mrs Ward is the teacher and is assisted by Mrs Colley, Miss Smith and Mr Sutton.

Class 2 have become super scientists this half term as we have learnt all about plants in our new topic. We carefully took some plants apart and learnt the names for the different parts. We grew our own petunias and marigolds which have flowered beautifully. We kept a plant diary so we could record how they changed over the six weeks. We've also learnt the names of some common trees using clever words like 'evergreen' and 'deciduous'. We even pressed some flowers and made our own Herbarium and had a go at painting some flowers in the style of Andy Warhol!

We've started our summer topic on 'Amazing Authors' and have found out so many interesting facts about Michael Bond and A.A.Milne so far. Please come into class 2 and look at our fact file at any time and learn some new information! (Did you know that Winnie the Pooh has the same birthday as the Queen?) We made a suitcase each just like Paddington and drew in the things that we thought we might miss from home if we had to travel the world like Paddington did. We ate marmalade sandwiches one week and honey sandwiches the next; I think the favourite was marmalade! We tried extra hard with our rhyming as we wrote new lines for A.A. Milne's poem, 'If I were King'.

We really enjoyed being proper artists by drawing the Queen's portrait ready for our Jubilee party on Thursday. We looked closely at the photo of the queen and took care drawing our own whilst thinking about size, shape and colour. We now have a lovely portrait gallery in the class! We all wrote a letter to the Queen sending her our congratulations and asking her a lot of questions. We really hope she replies! We had great fun decorating our classroom with lots of bunting and paper chains and finished off the day by having a lovely picnic with scones and jam with the rest of the school on the playground and singing the National Anthem together. Every child has been given a commemorative book and bookmark so they can look back in years to come and remember what fun class 2 had on the Queen's Platinum Jubilee!

Class 2 have been so busy since we came back after Christmas!

We have learnt about Judaism and the special celebrations that Jewish people have.

We re-read the Creation story from the bible and learnt that Jewish people still rest on their Sabbath day - called Shabbat. We found out that there are some things that Jewish people don't do during Shabbat as they rest, pray, go to the Synagogue and spend time with their families.

We also learnt how Moses led the Jewish people out of Egypt after they had been slaves and why the Jewish people celebrate Passover. We held our own Passover feast with 'wine' and Matzah bread, sang some songs and did some Jewish dancing.

In English, we started by reading the story of The Gingerbread Man. We watched and read lots of different versions and decided to re-write the story ourselves and become authors for the week. Class 2 spent a long time on their stories and worked really hard; they all should be very proud of themselves!

It was Children's Mental Health Week and this year the theme was 'growing together'. We started off our week by listening to an assembly and then did lots of activities. We read the story of 'The ugly duckling' and discussed how he had changed. We thought about how much we have grown and changed since we were born, and all of the things we can do now that we couldn't do then. We wondered what else we would be able to do in the next 5-7 years!

We decorated a plant pot and planted a sunflower seed each. We talked about what the seed needed to help it grow and what we needed to help us grow too. We made a support balloon which we wrote all the names of the people who helped and supported us on.

I wonder whose sunflower will grow the quickest?

Fun games for phonics and spellings

Wordsearch      Chose a phoneme and do the wordsearch

Phonics pop.     Chose the phonemes you want to practise

Reading words.  Find the real words and the fake words

This half term, we have been focusing on the countries of Great Britain and then we investigated living on a small Scottish island. The Katie Morag stories have taught us a lot about life in a small community and what we might find in the landscape and village on an island.

Here are some photos to share with you about our learning. 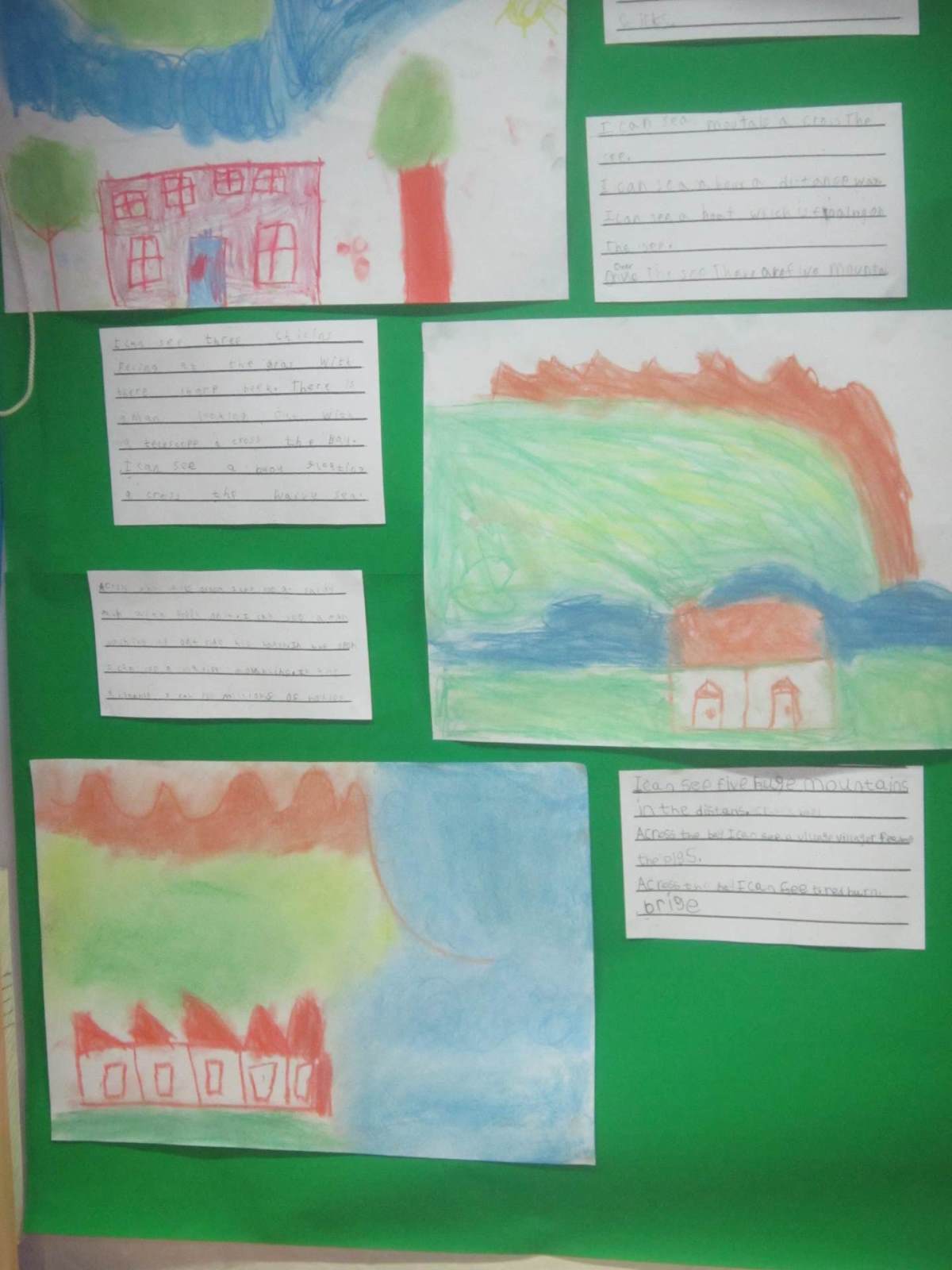 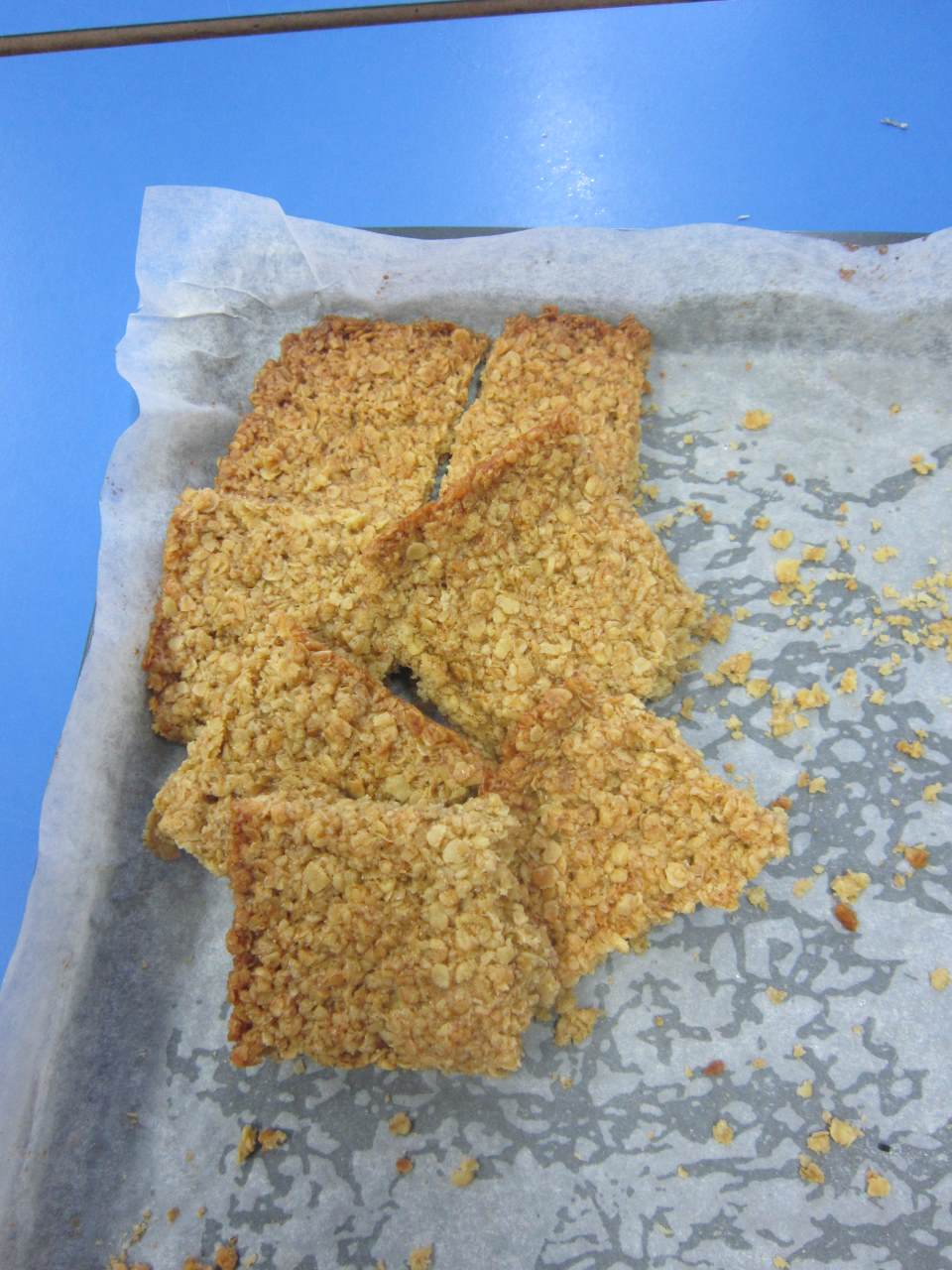 Our display shows our weaving of tartan patterns, our super island designs and watercolour miniatures. We even wrote our own adventures for Katie Morag. 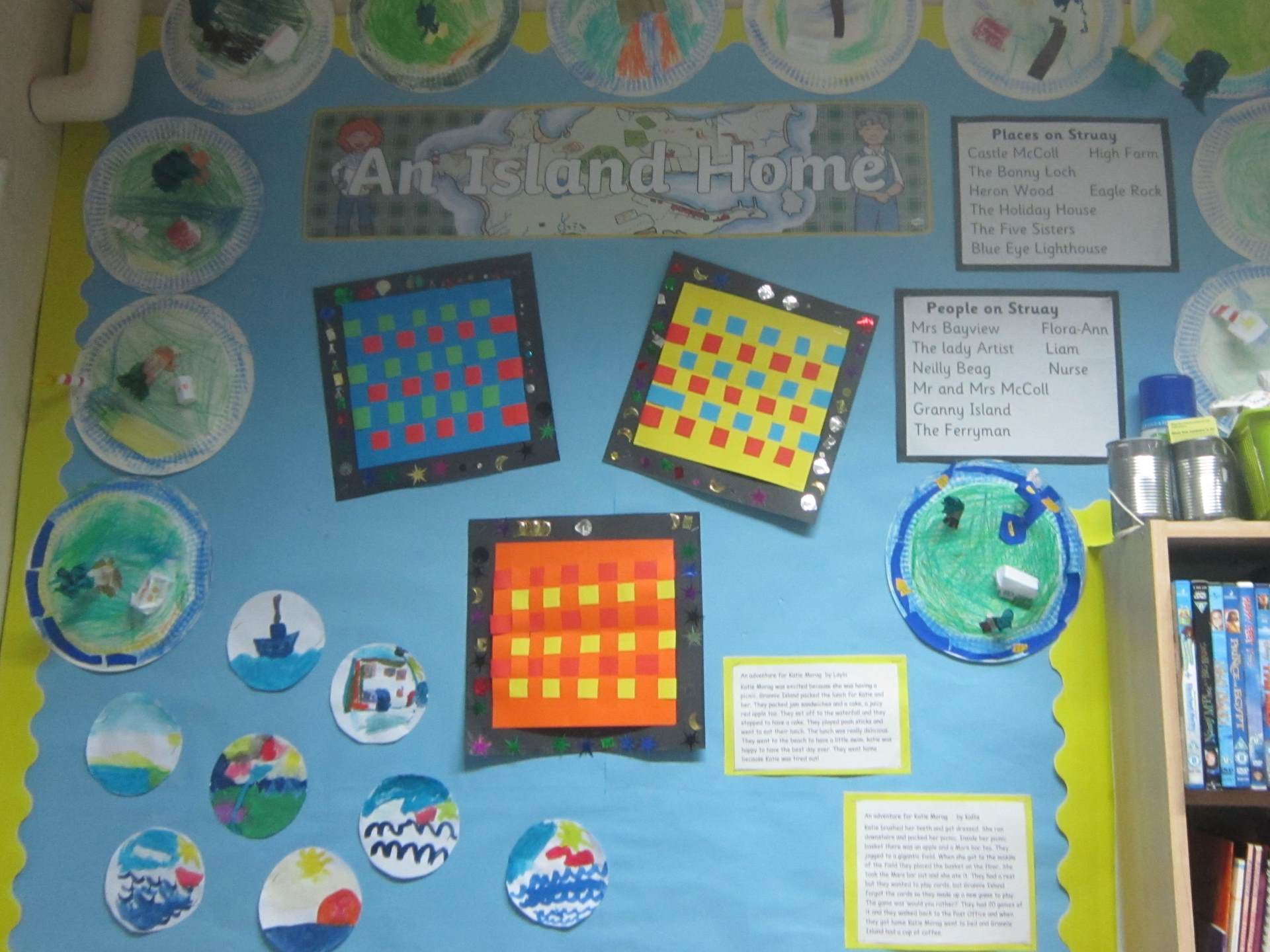 We had great fun on Katie Morag day dressing up, eating shortbread, singing songs and practising our Scottish dancing. The children's sword dancing was amazing! 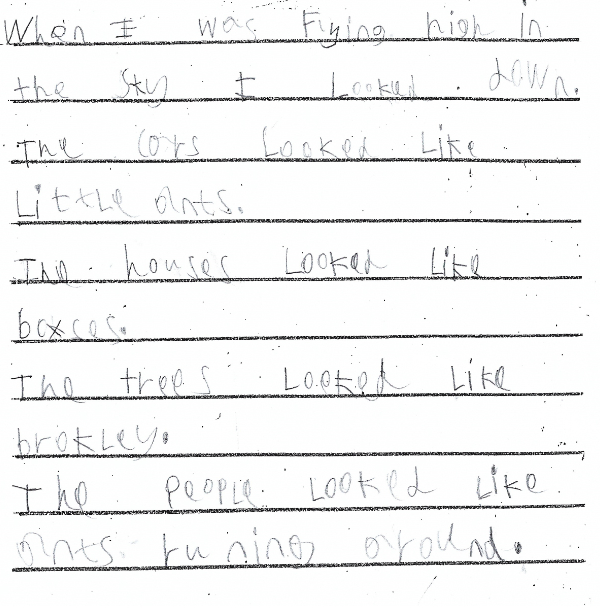 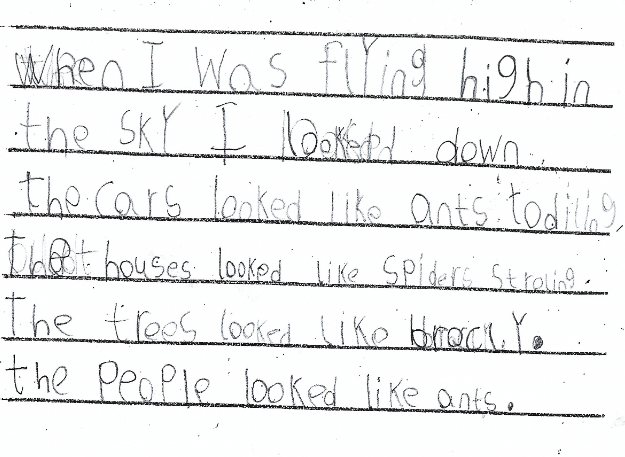 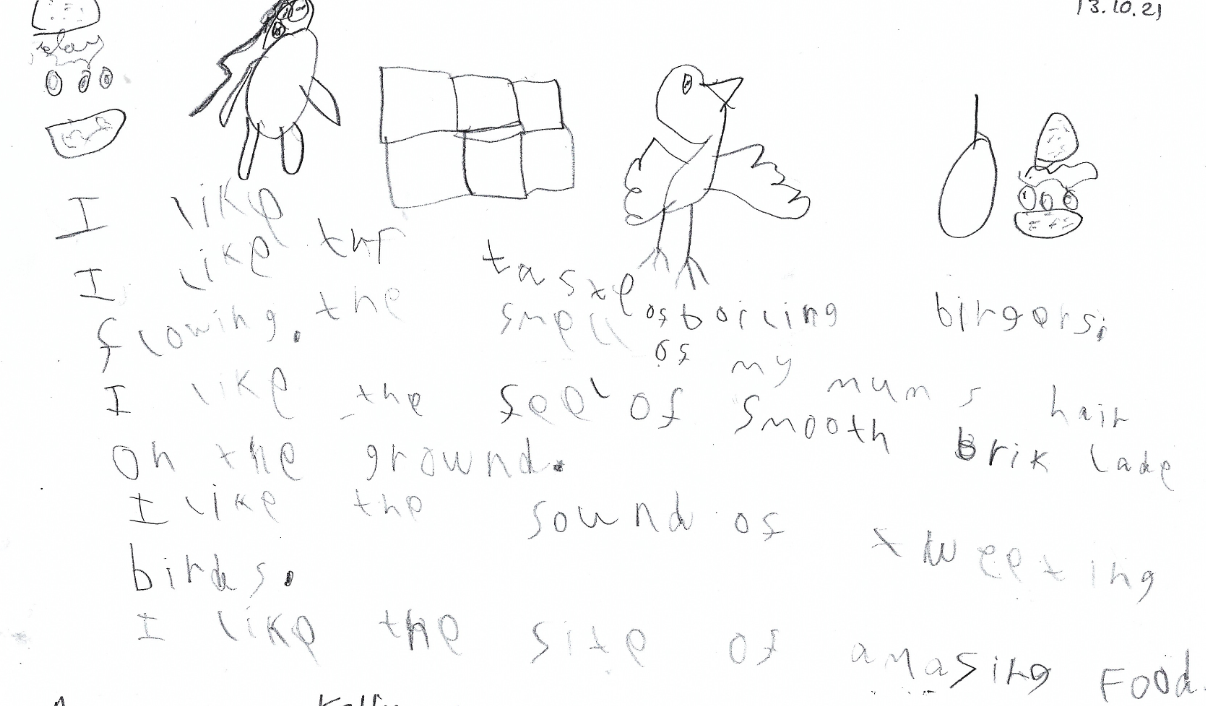 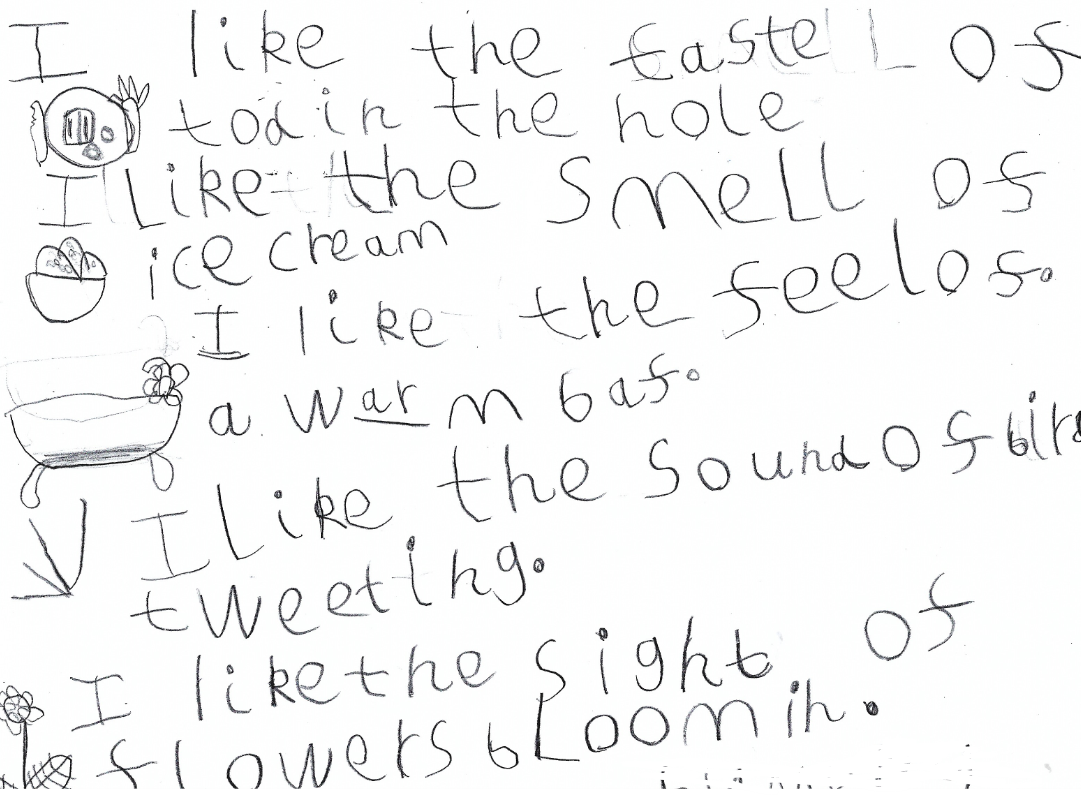 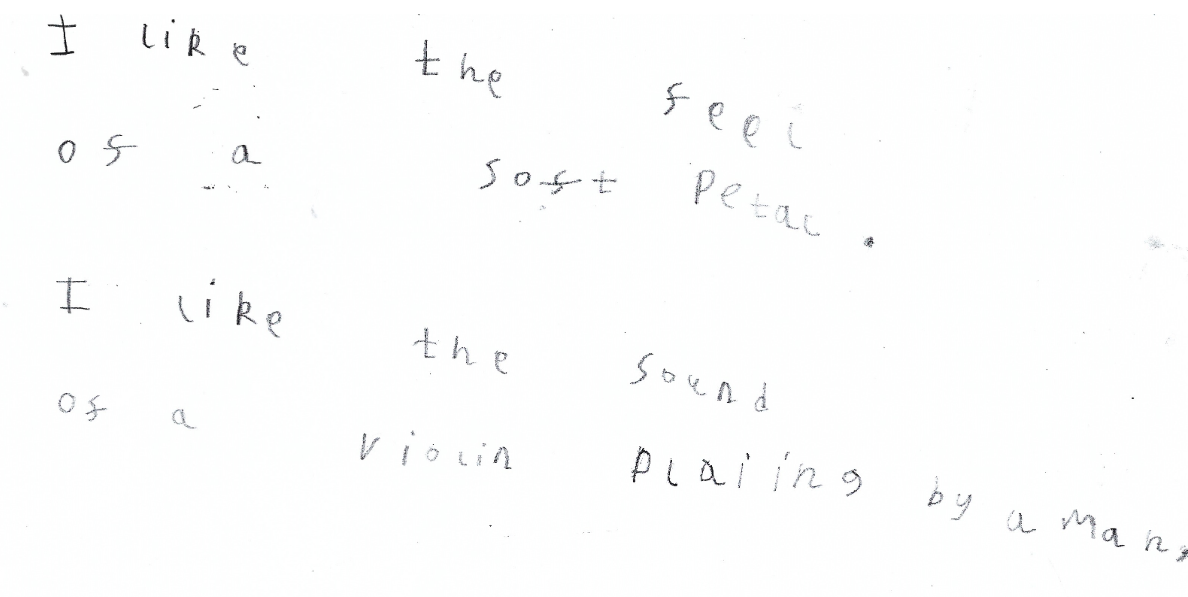 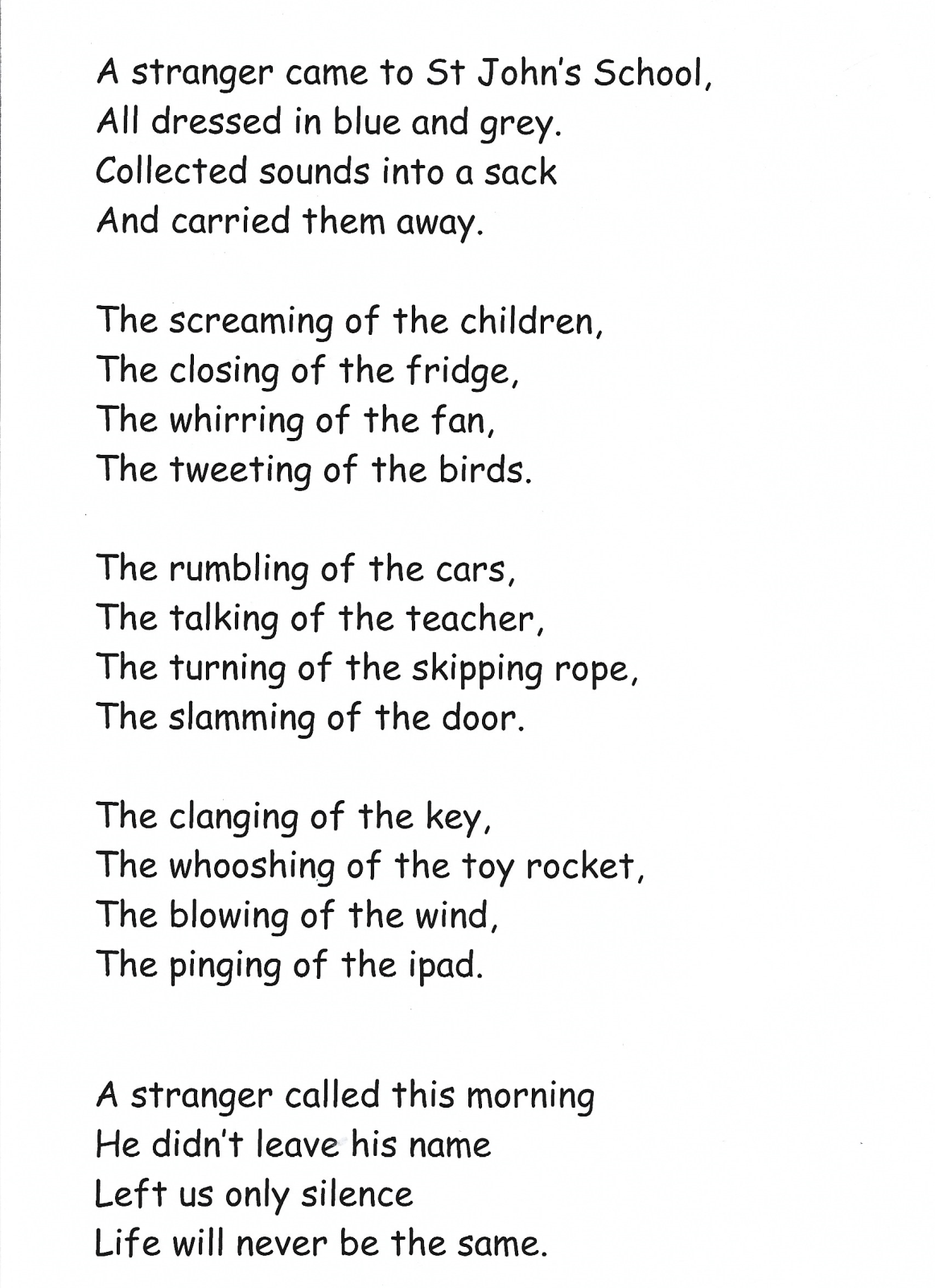 Well done, children, for all your great ideas!

Oh I do like to be beside the seaside!

Oh, we do like to be beside the seaside!

Class 2 have really enjoyed out first topic for this term.

and created beach and lighthouse pictures. 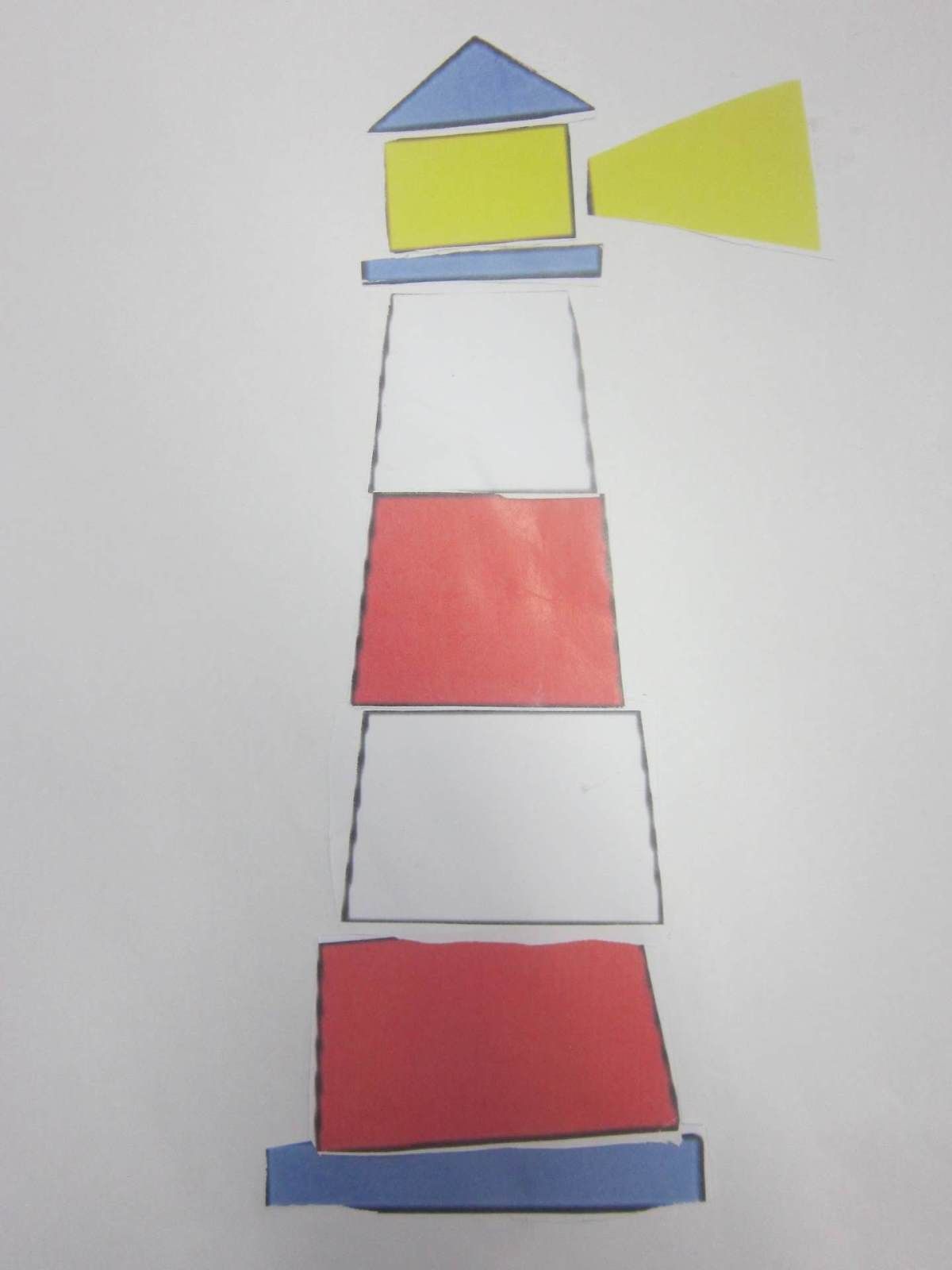 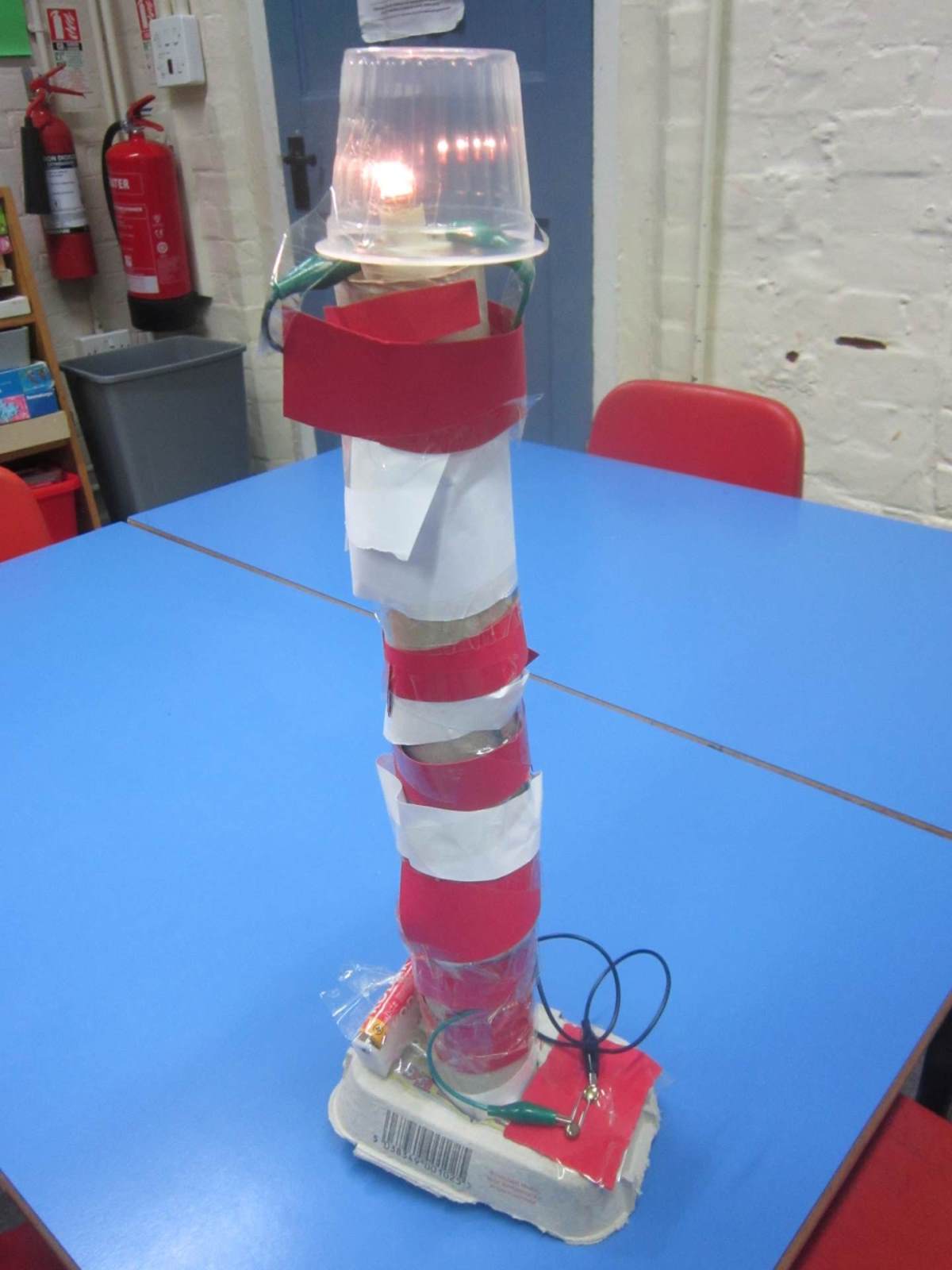 We've written instructions for making jam sandwiches and made and eaten them as part of our delicious picnic. They were nearly as good as Mrs Grinling made!

We've investigated old photographs and film clips to find out about Victorian seaside holidays and learnt some amazing facts. We've even eaten hokey-pokeys!

Mr Downes reads The tale of the naughty, little rabbit

Mrs Middleton reads Who are you, stripy horse?